Alumni interview: From PKF to VC

Read time: 4 mins
Laoise McGarry joined PKF as a graduate.  After a spell on secondment in Australia, she joined the firm’s Capital Markets team, before eventually moving to a venture capital firm.  In this interview, which first appeared in our Alumni News publication, Laoise picks out the highlights of her time with us and explains how the skills she learnt at PKF have helped her in her new role. 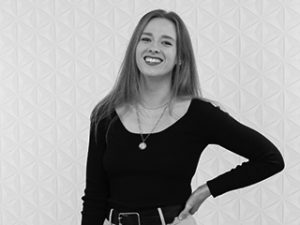 Q. Tell us about your time at PKF?
I joined the firm in 2013, straight out of university, and started studying for my ACCA qualification while working at what was then known as the Business Advisory Services team.  After qualifying, and completing an overseas placement at another PKF firm (more on that in a moment!), I was given the opportunity to join the Capital Markets team, alongside Dominic Roberts and Mark Ling.  I spent about a year and half providing financial due diligence and advisory services on a range of M&A and IPO projects, before moving to a venture capital firm in 2019.  The work could be intense at times, as you’d expect, but the buzz that you got when a transaction completed successfully more than made up for it!

Q. What are the highlights from your time here?
My secondment to PKF Hacketts in Australia was an incredible experience.  I had just qualified and was given the chance to spend four months in Brisbane, with the PKF member firm there.  I also got to work on an assignment in Dubai for two weeks during this time.  Life doesn’t get much better than that if you’re a 20-something accountant who enjoys travelling!

Close to home, I’ve fond memories of working on the IPO of RenalytixAI, a healthcare business that uses artificial intelligence to help with the treatment of kidney disease.  This was the first major transaction that I managed on my own from start to finish, so I invested a lot of emotional energy in it.  That’s probably the project of which I’m most proud.  I also enjoyed working on an M&A deal involving a well-known outdoor brand, as that tapped into my love of travel and adventure.  Finally, I have to mention the yoga – inspired by Jane Sheridan and the amazing classes she teaches at PKF, I have since gone on to complete my own teaching qualification.

Q. Where did you go next?
Being in the Capital Markets team meant that I got to work on a steady stream of corporate deals, which was very rewarding.  But I often found myself wondering what the companies did next.  How did the business handle the transition from private to public ownership?  Had the projects that they’d undertaken with the fundraising proceeds been as successful as they’d hoped?   How were the benefits of the merger being realised in practice?  I was trying to work out how I could piece all of these interests together, when I spotted an opportunity in portfolio management at a venture capital firm.  I’ve been at Downing Ventures in the City ever since!

Q. How have the skills you developed at PKF Littlejohn helped you in your new role?
My time in the Capital Markets team taught me to look beyond the numbers – to understand what the financial statements are really telling me about that business’ outlook and begin to develop a broader commercial awareness.  That was a very noticeable change in approach for me, and it’s been incredibly useful during my time at Downing Ventures.

The varied and early responsibility that I got at the firm has helped too. I was encouraged to look at the bigger picture and was trusted to manage the entire project workstream.  That gives you the sort of experience and confidence that I know that many of my friends at the Big Four didn’t receive in their early careers.

Q. What do you miss most about the firm?
It’s a cliché, but I do miss the people.  I also miss the fact that firm has a very strong learning culture.  Everyone is very open to sharing their knowledge so, if you’re curious and keen to learn, you can’t help but soak it up.

Q. How have you found working during lockdown?
I’ve appreciated the opportunity to shut myself away without any distractions when I’ve needed to.  But I’ve also missed the human interaction both from a personal and business perspective.  I sit on the board of a number of companies in which Downing Ventures invests, and it quickly became clear that board meetings on Zoom are not always as productive as face-to-face gatherings.  You’re not able to read the room as effectively or pick up on non verbal cues – plus you miss out on those side conversations before and after the meetings that can sometimes be more valuable than the meeting itself.

Q. Once lockdown finishes and you’re able to travel anywhere you want, where will you go first?
Yosemite National Park in the US.  I’ve wanted to go for a while and even have a jumper with ‘Yosemite’ on it. I’m owed a lot of leave, so fingers crossed…
Media Contact
Media Contact