Alumni interview: Around the world with PKF

Daniel Nurse was part of PKF’s institutional donor audit team for almost seven years, auditing humanitarian aid projects around the world on behalf of organisations such as the European Commission.  He joined the International Committee of the Red Cross in 2020 and is now based in Geneva.  In this interview, which first appeared in our Alumni News publication, Daniel picks out the highlights of his eventful time with us. 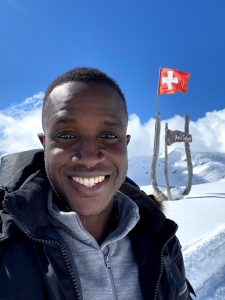 Q. Tell us about your time at PKF?

I’d qualified as a generalist at another top 10 accountancy firm and had just started working in industry when I was approached by a recruiter about a role as a Humanitarian Aid Project Auditor at PKF.  I wasn’t a specialist in this particular field and didn’t know too much about the role, but I decided to put my name forward anyway.  I was interviewed by Sarah Morrison and she convinced me, in less than an hour, that this was where my future lay!  The opportunity to travel to destinations that are well off the tourist trail, use my French language skills and help organisations make a difference really appealed to me. I took up the position just a few days after that.

My role involved providing donor compliance audits of humanitarian aid projects and development contracts on behalf of the European Commission and other institutional donors.  This involved going around the world – often very close to areas suffering from the effects of conflict or natural disasters – and assessing the impact that NGOs and other humanitarian aid agencies were having on the local communities.

Q. What are the highlights from your time here?

In almost seven years at the firm, I visited a total of 22 countries, including places such as Djibouti, Mali and the Central African Republic.  It’s hard to pick a favourite but there are two countries that had a particularly strong impact on me.  The first was Tajikistan, where we were sent to audit an NGO that helped communities to better prepare for natural disasters.  We were flown into the Pamir Mountains on a private helicopter (there weren’t any chartered flights in that area at the time) and taken to a number of remote villages in a stunning and little-visited natural landscape.  When we arrived at one of these communities, the village elder invited us back to his home and prepared a feast for us.

I also remember vividly my time in Israel and the occupied Palestinian territories.  That was a very surreal place – and also very depressing because of the conditions in which the local communities lived.  It was here that I came across the International Committee of the Red Cross (ICRC) for the first time in a professional capacity…and that encounter was, eventually, to shape the next stage of my career.

Q. Where did you go next?

I came to hear about an Internal Audit role at the ICRC’s headquarters in Geneva.  My experiences and track record at PKF helped me to secure the job, and I moved to Switzerland in November 2020.  My job involves undertaking audits of the ICRC’s delegations around the world, as well as performing thematic audits; the objective is to assess the appropriateness of the institution’s risk management, controlling and governance processes. The ICRC helps to provide humanitarian protection and assistance for victims of war and other situations of violence.   I have just completed my qualification to become a Certified Internal Auditor with the Institute of Internal Auditors.

Q. How have the skills you developed at PKF Littlejohn helped you in your new role?

The ICRC is an incredibly large and complex organisation so it takes a while to really understand all of it.  That’s a daunting challenge for a new joiner – particularly as most of my team have been here for several years.  But the variety of work that I undertook at PKF means that I can offer very different perspectives to those of my colleagues, which can lead to a better end result.

Q. What do you miss most about the firm?

The people, without question. I worked a lot with Jane Sheridan, in particular, and benefited from Julian Rummins’ wisdom and experience! I have fond memories of the camaraderie and the warmth that you get from working in a friendly, close-knit team with like-minded people over several years.

Q. How have you found life in Geneva?

I’ve been in Geneva for well over a year now, but have spent most of that time living under some sort of lockdown restrictions.  This has made getting to know people difficult – I’ve only been to the office a handful of times over the past 15 months!  But I’m finding my feet and enjoying life.  I recognise how privileged I am to be living in a city of such natural beauty, with a lake and mountains on my doorstep.  I’m also taking weekend trips around Switzerland and getting the chance to explore a new county  I don’t ski yet, but I suspect that will change soon…