I have been pondering on the subliminal messages that were sent to Company Directors during the pandemic.

Government support for businesses negatively affected by the pandemic and measures such as the suspension of the wrongful trading provisions clearly signalled that directors should do pretty much whatever they had to in order to ensure that their companies avoided insolvency and maintained employment for their workforces.  The mindset at the time was pretty unequivocal; survive by whatever means necessary.

Bounce Back Loans (BBL) were the most well-publicised element of the suite of government support for businesses, but the lack of scrutiny of applications has led to criticism of the government as it is clear that a significant proportion (currently estimated at around £5 billion and rising) of the £47 billion advanced under the scheme was obtained fraudulently and is unlikely ever to be recovered.

It is easy to have sympathy for the government in these circumstances; the monies were actually approved and dispensed by authorised financial institutions and the loans were simply underwritten by the government.  What appears to have happened was a lack of incentive for those institutions to properly interrogate applications for a BBL (presumably on the basis that they were backed by a guarantee from the government) resulting in loans being made to pretty much anyone that asked for one nicely.  This is not a criticism of those lenders by the way; they (and the government) were under considerable pressure to swiftly get funding to businesses affected by the pandemic and so were effectively caught between a rock and a hard place in achieving that goal while simultaneously ensuring the bona fides of each applicant.

The Department of Business, Energy and Industrial Strategy now estimates that £17 billion will be lost from the various schemes designed to provide support during the pandemic.  Faced with criticism for the disproportionately large fraudulent element, the government has unwittingly scapegoated directors who obtained a BBL in good faith and then decided at some point in the future that their business was no longer viable and applied to have their company struck-off, often with the only unconnected liability being the aforementioned BBL.

At present, the simplest way of dealing with a company in such circumstances is to place it into creditors’ voluntary liquidation.  The conduct of the directors will be reviewed by the duly appointed liquidator(s) and, assuming no wrongdoing is uncovered, the company will be dissolved once the liquidation is concluded.

Although the powers of the Insolvency Service to investigate and prosecute directors of companies dissolved without first entering an insolvency process have been extended under the provisions of the snappily-titled Rating (Coronavirus) and Directors Disqualification (Dissolved Companies) Act 2021, the crown have found it easier to simply object to any applications to strike-off companies with unpaid BBLs, thereby leaving them in limbo until the directors bite the bullet and appoint a liquidator.

This approach, while cost-effective and therefore sensible from a government perspective, has traumatised a large number of directors who obtained a BBL when their companies were unable to operate as a result of the various lockdowns in an attempt to tread water until life returned to normal.  When they subsequently reached the conclusion that the new normal would never be as profitable as the old one, they took steps to dissolve their companies only to find themselves on the wrong end of an objection and the need to justify both their application for a BBL and how they subsequently utilised the loan.

Let’s have a quick quiz; take a look at the four statements below:

Now, simply determine which of the following is correct for each statement:

If you answered c) to all of the above, take a bow.  These matters do need to be looked at individually and it is impossible to make pre-determined judgements.  The insolvency statistics show the numbers of liquidations rising as directors realise that the world has moved on and that their companies are unlikely to be able to repay government support in the foreseeable future.

The liquidation process is in itself extremely straightforward; a meeting of directors is held which then convenes meetings of shareholders and creditors to consider resolutions to place the company into liquidation and to appoint a liquidator.

1) Realise any assets
2) Review the conduct of the directors, and
3) If applicable, make a distribution to creditors.

Once the liquidation is concluded, the company is usually dissolved approximate three months’ later.

It is worth remembering that the suspension of the wrongful trading position has long being lifted and if a director continues to trade a company beyond the point where it is obvious that it cannot avoid insolvent liquidation, and in doing so worsens the position for creditors, that director can be made personally liable for the increased deficiency resulting from their actions.

If in doubt, seek professional advice from any of the PKF GM team.

The most recent government insolvency statistics make for interesting reading. There was widespread anticipation that insolvency numbers would start to rise rapidly. Is that the case? 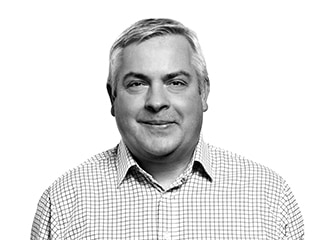