The most recent government insolvency statistics make for interesting reading. Throughout the pandemic the monthly levels of corporate insolvencies were  extremely low: at times almost a third down on the preceding two years. This was a result of the numerous government interventions which both provided liquidity to companies (Furlough, CLBILS, CBILS, BBLS and HMRC forbearance) and introduced temporary legal protections from enforcement action by creditors (winding up petitions were effectively suspended for 18 months and landlords were prevented from taking action to forfeit leases).

There was widespread anticipation that insolvency numbers would rise rapidly as companies began to repay COVID-incurred debt and legal protections were lifted (which largely occurred at the end of September 2021). Surging inflation, supply chain issues and staff shortages were expected to compound the post-pandemic  wave of failures.

So, was this expectation borne out in the numbers? Well, yes and no. The figures for Q1 2022 do show a rapid rise in insolvencies: there were 5,201 company insolvencies from January to March – the highest number in a single quarter in over a decade (since the final quarter of 2011 when the effects of the credit crunch were finally receding). This is a 66% increase on the same quarter a year ago, so comparatively a very large rise, but further analysis shows that beneath the headline-grabbing increase lies a more complex picture.

Firstly, if we look at the level of insolvencies in the two years before the pandemic (so Q2 2018 to Q1 2020) we see a quarterly average of 4,152 insolvencies per month. In this context, the latest figures represent only a 25% increase on the normal pre-pandemic run rates, more of a strong wave than a tsunami.

Moreover, the types of insolvency making up these numbers are quite different than pre-pandemic: 87% of the insolvencies latest figure are Creditors’ Voluntary Liquidations (CVLs) – these liquidations are generally of small companies, rather than large corporates. This compares to 70% in the two years before COVID. Administrations, a procedure which tends to be used for larger entities, are still roughly 25% below the pre-pandemic run rate (there were 309 Administrations in Q1 2022 compared to 447 in Q1 2020). So the figures suggest that, at least in this initial wave, predominantly smaller companies rather than large entities are failing. Time will tell whether the rise in insolvencies will filter upwards, triggering higher rates of failure in bigger businesses in coming quarters.

Almost all companies entering CVL will have taken out a Bounce Back Loan (BBL) or CBILS. The National Audit Office projected in December 2021 that losses from BBLs alone would be £17 billion (36% of all monies advanced under the scheme), so in these latest CVL numbers we may be seeing the first flames of this forecast bonfire of BBLs.

Also of interest are the CVA statistics. Although among the less common corporate insolvency procedures, CVAs have historically provided the only “debtor-in possession” restructuring option for UK companies (ie where incumbent management rather than an IP remain in control of the business throughout the process). Before the pandemic roughly 85 CVAs were approved each quarter, but in Q1 2022 this had fallen to only 25. The cause of this is likely HMRC’s restored preferential status for VAT and PAYE / NI: for almost 20 years HMRC has ranked equally with most other creditors for any debt due to them, but in December 2020 they were granted secondary preferential status meaning that these taxes must be repaid in full before any money is repaid to ordinary (unsecured) creditors. For many companies this means that after HMRC has been repaid in full, what is left for other creditors is negligible: CVAs which offer creditors nothing or next to nothing are a very hard sell, and these numbers may well hint at the demise of the CVA. A new debtor-in-possession process – the Restructuring Plan – was introduced in June 2020, but it remains to be seen whether this will be of practical use to anyone other than larger corporates as they are more complex than a CVA and require various court hearings, which can mean prohibitively high professional costs.

All told these latest insolvency statistics offer food for thought without giving a conclusive indication of what the next few months may hold. We will bring you analysis on future statistics in our next AdvisoryMatters newsletter. 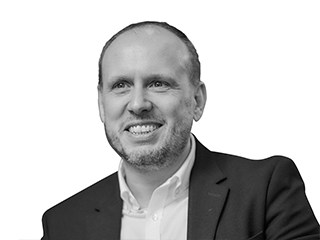