PKF GM has invested heavily in its contentious insolvency team in recent years, and our expertise in the sector was recently highlighted by success in a reported case.

Mobigo Ltd, was an online mobile subscription service which had been subject to a fine issued by the PSA (Phone-paid Services Authority), the UK regulator for premium rate phone-paid services. The fine related to automatic subscriptions to Mobigo’s online services.

Mobigo had been dissolved in September 2017  after its directors had failed to file annual returns or accounts. However, the PSA, whose fine remained unpaid, subsequently applied to restore the company to the register so that the potential to recover monies could be investigated.

The PSA requested the Secretary of State appoint Stratford Hamilton as liquidator in March 2019.

Stratford Hamilton, the liquidator of Mobigo, began misfeasance proceedings against Mobigo’s two directors for breach of their directors’ duties namely in relation to the actions taken in relation to the fine imposed on the Company by the PSA. The directors sought to strike out the entire application – which would have avoided the need to go to trial – on a number of bases including:

The judge rejected the allegation that the liquidator was attempting to pierce the corporate veil by indirectly enforcing the fine.

In addition, following a request previously made by the Judge, a more detailed particulars of claim had been filed outlining the liquidator’s claim in substantial detail. These particulars persuaded the judge that the claim was sufficiently substantive to merit a trial rather than permit a summary striking out.

Ultimately, the strike out application was dismissed and our claim against the directors was able to proceed.

“This case highlights the high bar that needs to be overcome in order to strike out an application. It is crucial to understand the level of detail required and to be highly specific when outlining particulars of claims. This is vital in pursuing a successful claim.

In investigations-based insolvency cases like this, the return to creditors often relies on an office holder’s willingness to pursue delinquent directors using litigation, regardless of the time and complexity involved. Our team at PKFGM is skilled in these types of appointments and we have a strong track record of successful assignments of this type.

The case also highlights that creditors have options even when companies (as in this case) have been dissolved. We are experienced in specialist investigations and are able to provide options to creditors who feel that they have been the subject of wrongdoing or fraud.” 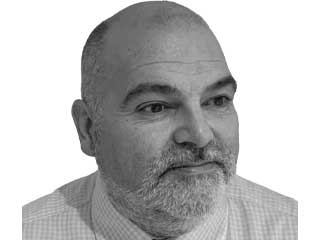