After decades of dedicated exploration work in Greenland, Bluejay is on the cusp of becoming an overnight success.” 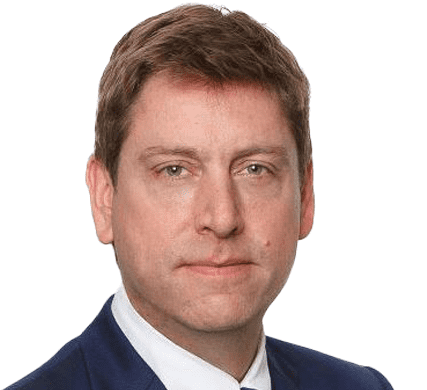 Surfing ahead of the wave

A catch-up with… Rod McIllree

Christopher Isaac “Biz” Stone, co-founder of Twitter, said: “Timing, perseverance, and ten years trying will eventually make you look like an overnight success”. After decades of dedicated exploration work in Greenland, Bluejay is on the cusp of becoming an overnight success.

Rod McIllree is a founding director of Bluejay Mining Plc, the company which emerged from a merger with AIM listed FinnAust Mining Plc, a subsidiary of Western Areas Ltd, an Australian nickel mining group, in 2017. The company currently has four projects that it is actively developing, one of which will enter production this year.

Bluejay overcame this challenge through sheer persistence and doggedness.

“The company’s near-term production asset is the Dundas Ilmenite Project in Greenland, which Bluejay has been working since 2014,” says Rod. “Not only does the project have a very substantial titanium resource – recognised has the highest grade ilmenite sand project globally, but the Nordics, including Greenland, are stable sovereign jurisdictions which is an important consideration right now.” Dundas will enter production at a time when the Russian invasion of Ukraine has sparked a global re-evaluation of raw material sources and supply lines.

This project entered into a joint-venture with KoBold Metals in August last year. “This group of high-profile Americans: its main shareholders are high-profile Silicon Valley investors, saw the issue of raw materials security and supply, and recognised the importance of getting and maintaining access to critical materials used in the manufacture of batteries for electric vehicles and the technology we use everyday in society. The relationship is effectively a tie-up with Silicon Valley in its quest to ensure that their industries and the whole decarbonisation movement is well-supplied with nickel, colbalt, copper and platinum group metals from stable and ethical sources. We’re hoping for big things from Disko this year,” Rod adds. 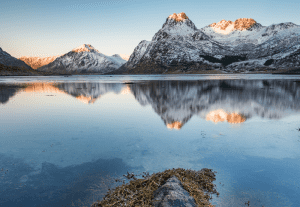 BlueJay’s team of geologists and technicians have been working in Greenland for close to 20 years. The same team has seen the company through it’s evolution from Greenland Minerals and Energy, to Greenland Minerals, to Bluejay. “Together we have about 140 years of Greenland exploration experience!” says Rod. “Greenland gets in your blood and the opportunities for profound mineral discoveries are amazing.”

Greenland is one of the last underexplored mineral regions in the world. “It still has almost all of its mineral endowment available for extraction,” says Rob. “There are two reasons for this,” he explains. “The first is that the Danish State for the last 100-odd years, as part of its management of Greenland, has provided several assistance programmes one of which is environmental and geological. The Geological Survey of Denmark and Greenland has been very active and has essentially mapped what was easily mapped and available for extraction.

“The second part of the story is that Greenland’s landscape is changing almost year by year as a result of climate change and the resulting melting ice-caps and receding glaciers means you are now able to look at rocks that have never been looked at before. There is a frontier aspect to it, and because Bluejay has been in Greenland for so long, we’ve been able to identify and secure what are effectively Greenlands best mineral occurences and that’s reflected in the multi-project portfolio that we have at present.”

Bluejay is on the cusp of something very exciting, but it hasn’t been easy getting to this point.

“The biggest hurdle was overcoming people’s perceptions of Greenland,” says Rod. “When we first started this process back in 2004, Greenland was like Mars to most people. Nobody knew much about it, it wasn’t a big tourist destination, and there wasn’t much in the news about climate change. It was ‘foreign’ on every level.

“As geologists and explorers, we are prepared to go to the ends of the earth to find the next deposit of metal, so the concept of going to Greenland to us wasn’t that strange, but it was a challenge trying to get investors interested and to understand the potential,” he explains. “On the one hand we were trying to raise money to undertake all these programmes and developments, and on the other hand we almost had to act as the tourist information bureau for the country at an international level.”

“There is now a growing recognition that Greenland is a pretty good place to be doing business and we’re seeing a lot more activity, whether that be other exploratory companies, or investors.”

Bluejay overcame this challenge through sheer persistence and doggedness: “We just wouldn’t give up,” says Rod. Getting investment required a long lead time to allow banks, funding and export credit agencies to get their heads around the regulatory environment, and the environment in Greenland in general. “The most frustrating thing about the process is that it’s taken longer than we all thought that it would for reasons that are both in and out of our control. But, there is now a growing recognition that Greenland is a pretty good place to be doing business and we’re seeing a lot more activity, whether that be other exploratory companies, or investors,” he adds.

The big breakthrough in changing the awareness and understanding of Greenland came from climate change, says Rod. “The melting ice was really starting to get mainstream attention.”

But the biggest break came in 2019 when then U.S. President, Donald Trump floated the idea of buying Greenland to secure access to its natural resources. “At the time we were all shaking our heads,” says Rod, “but with hindsight what that did was validate the country, the jurisdiction, and the strategy that we’d been implementing for years. We saw massive interest in the country after that. It’s entirely possible that the American investors in Disko are a consequence of that brash statement – you never know! It certainly made people realise that Greenland is full of everything that the Western world needs, and that it is a safe, stable jurisdiction which falls beautifully between Europe and America.”

Thanks to the team’s work to consistently maintain a high profile in Greenland over the last 15 years, and lay the groundwork with the media, when people Googled to see what Trump was talking about they found Bluejay, Dundas and Disko: a solid mining foundation. “It’s crazy to think that all it took to crystallize the understanding we’d been building towards for years, was one tweet from Trump!” Rod exclaims.

Another significant hurdle was getting full and final sign-off on the development and mining licence for Dundas, considering the complicated process to gain permits in this highly-regulated environment. Greenland probably has one of the most rigid environmental standards globally. 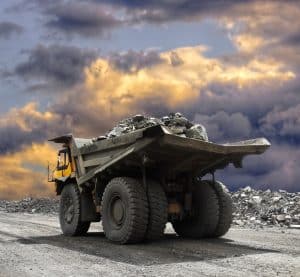 “The Danes are amazing people, but they are fastidious and that comes through in their environmental work. Greenland is not some sub-Saharan jurisdiction with a compliance regime that changes as frequently as the political junta in power at the time – this is a stable, democratic government backed by the crown of Denmark. It takes a substantial amount of work to secure an exploration licence and there are no shortcuts. Exploration takes longer, it’s more expensive, but it’s rock solid,” Rod says. “Because of our long history and experience in Greenland, we have first mover advantage and have been able to licence six globally significant projects, and each one of them could be a company making asset in its own right,” explains Rod. Over the next two years Bluejay will be systematically working through these projects, starting with Disko this year.

“All the geological information gathered since its first discovery over 140 years ago, indicates that this could be the second largest occurence of nickel in the world,” says Rod. “If that thesis is proven, and it’s only going to take one drill hole, then the opportunity for manifold returns on investment is there. But its not just one project, we’ve got several on the go. That’s what separates us from our competitors.”

A combination of factors is creating a perfect storm environment and Bluejay finds itself at the front of a very big wave.

“The commodities sector is very cyclical, when prices are depressed and there’s a complete lack of interest there is little point in pushing projects that can’t be pushed. We’ve spent the last 5-6 years not progressing anything at any great speed or on any front, but holding it all together,” explains Rod. “Partly that was Covid-19, but also because investor interest was in other areas, like tech and bit-coin – that’s now changing. People are beginning to realise that the entire world as we know it is based on the very concentrated supply of what are effectively very rare metals.

“The zeitgeist now in the investment community is recognising that these commodities are in short supply – the lack of investment over the last ten years because of the lack of interest and the lack of price movements, means that there are no new mines coming online, and that is being exacerbated by increasing sovereign risk.

“If ever there was a time to bring an alternative supply of nickel online to the Western world, that’s now. The only other source is the Norilsk mine in Siberia. As a result of sanctions, the price of nickel went from 20,000$USD a tonne to 100,000$USD and now the exchange has been turned-off so you can’t even price nickel to buy!” says Rod. “We find ourselves with several of the best rare metal assets globally, located in safe jurisdictions, and that’s a really good place to be. Success is all about timing and our time is now. The next 12 – 24 months will be the delivery of our multi-year strategy across all of our projects. All the hard works been done and now we’re just set for results.”