While we aren’t the only player in the mine waste business, others do it as part and parcel of their other mining work, but we are the only company that has sought to become specialists in the field.” 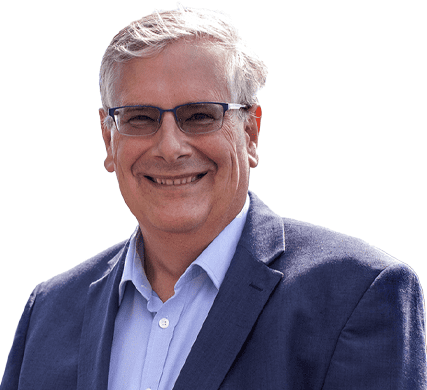 Knight Piésold’s decision to re-establish a London office in 2013 after a 10 year absence seems prescient in view of the global move towards de-carbonisation, the shift in business ethos to embrace Environmental, Social and Governance (ESG) standards, and the current re-focus in manufacturing to obtain critical metals from ethical sources.

Richard joined Knight Piésold, a global firm of consulting engineers working in the mining, power, water resources, infrastructure, and oil and gas industries, in September 2013, to set up the new UK business to drive opportunities in the mining and energy industries in Europe and Central Asia, in particular. Since then, the London office has undertaken over 250 assignments in 41 countries, mainly mine waste management projects, the company’s core strength.

Although consulting engineering in mining is a sizeable industry, Knight Piésold is a niche company. “While we aren’t the only player in the mine waste business, others do it as part and parcel of their other mining work, but we are the only company that has sought to become specialists in the field,” explains Richard. “Rather than focusing on how much gold or iron ore there is in the ground and how to process it, we focus on how to clean-up afterwards. For example, every few grams of gold mined creates a tonne of waste that needs to be stored safely and in an environmentally responsible way.”

The employee-ownership model has developed into a very strong culture in the company.

Not only is the specialist service the company offers exceptional in the market, so is Knight Piésold’s business structure. The private limited company is unique in that it is entirely employee owned. “There has been a lot of consolidation between consultancy firms in the industry in recent years and many are now shareholder driven,” says Richard. “We, on the other hand, are completely independent. We work with the clients that we like working with, and make money for ourselves not anonymous shareholders. Our independence is a key differentiator,” he adds.

The employee-ownership model has developed into a very strong culture in the company. “It’s our own business which means that our staff are much more engaged. They know that the profits the company makes don’t go to a faceless shareholder, but come direct to them,” says Richard. “We have a very generous profit share scheme and over the past few years in the UK, we’ve been able to pay a significant year-end bonus based on our profits.”

According to Richard, the unusual business model really improves employee retention and commitment to the business. “In an industry where skills matter, retention of highly qualified and experienced employees is fundamental to the success of the business,” explains Richard. “Because of the highly technical nature of the work, the majority of the London team hold master’s degrees, many from the Camborne School of Mines which is affiliated to the University of Exeter.” 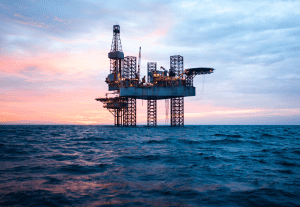 In 2021, the company celebrated its 100th birthday, “This longevity speaks to the quality of the company,” says Richard. But the last two years have been a particular challenge. “We moved to a working from home model because of the pandemic, but we continued to travel to do field work because in mining you have to be able to visit the sites that you’re working on, particularly for audits of tailings dams (where the waste products of mining ore processing operations are stored) to check that they are safe and secure,” Richard explains. In addition to quarantines and covid-testing, travelling involved, in some circumstances, seeking special permission from the Government to enter certain countries such as, Kazakhstan. “It was a challenging time, but 2020 saw our largest revenue since we started back-up in London in 2013 – we just got on with what we had to do!” he adds.

That success was consolidated in 2021, and although 2022 started out as extremely promising, the Russian invasion of Ukraine has caused Richard to re-evaluate the business strategy. “We usually do a lot of work in both Russia and Ukraine which has understandably halted, but for different reasons, so we are re-focussing our attention to alternative markets such as The Balkans, Bosnia, North Macedonia, Serbia and Bulgaria, as well as nearer to home in the UK, where there is growing demand,” he explained. “We are also doing an increasing amount of work on lithium and battery metals generally – an area of huge importance for the electric vehicle industry. These mines tend to be in more stable jurisdictions and European countries, such as in the UK, Czech Republic and Portugal.”

In fact, the growth in the market for these commodities, vital to global efforts to hit net zero targets and combat climate change, was a development that the company identified a long time ago and was one of the determining factors behind the strategic decision to re-open an office in London.

“The move to de-carbonise economies is having a positive impact on us. As well as needing raw materials to make electric batteries and vehicles, there is also a massive focus on ESG factors, to ensure that those raw materials are obtained sustainably or at least with a minimal environmental impact,” says Richard. “There is a stick and carrot encouragement from governments and investors globally. Mining companies would find it very difficult to secure investment without complying with new ESG requirements, as well as wanting to do the right thing. That’s where we come in. We are able to help them,” he says.

“It’s all part of the drive towards ethical investment, ensuring that mining companies that often get included in a pension fund’s portfolio of investments, are engaging with their local communities and doing the right thing with their waste, rather than putting profits before people.”

A key driver of the demand for Knight Piésold’s clean-up work is a new Global Industry Standard on Tailings Management introduced in August 2019, in the wake of Brumadinho dam collapse in January 2019 and Mariana dam collapse in 2015, in which hundreds of people died. “We help our mining clients by auditing their performance against these new standards, advise them what action to take to meet them and monitor their progress as they improve their handling of the mine tailings,” says Richard.

Instrumental to the development of these new standards was the Church of England Pensions Board and the Swedish Council on Ethics: a coalition of over 100 investors with around £17 trillion of investments. “They have been central to driving mining companies to disclose the tailings facilities they have, how they’re managed, who monitors them and a whole series of other requirements, to the point that they have declared their intention to vote out any board members or vote against any boards that choose not to comply with the global industry standards,” explains Richard. “It’s all part of the drive towards ethical investment, ensuring that mining companies that often get included in a pension fund’s portfolio of investments, are engaging with their local communities and doing the right thing with their waste, rather than putting profits before people.

“Traceability is a big thing now,” he adds. “Whether its vehicle, or microchip manufacture, knowing where the raw materials that make your components come from is increasingly important. Big manufacturing companies need certification that their raw materials have come from sustainable, responsible and more local sources. This is causing the industry to re-focus on new geographies, and is making smaller European deposits, that may have been dismissed in the past, more attractive compared to larger, more developed, deposits located in challenging parts of the world.”

But Positioning itself to take advantage of a burgeoning Western-hemisphere battery metals market, was not the only reason for opening an office in London. “We have very well developed businesses in North America, South America, Africa, and Australia. The London office was opened to plug the gap in Europe, Scandinavia, North Africa, The Balkans, and Central Asia,” says Richard.

The London team is small, currently 15-strong, but with ambitious plans to grow on the back of rising ESG concerns and a shift in focus away from large mines in ideologically difficult regimes to smaller critical metal mines closer to home. “We want to grow organically to around 25 engineers over the next five years,” says Richard. “If we see an opportunity, we may acquire a complimentary business and we are looking to open a second office in Europe, in The Balkans or possibly in the EU following Brexit,” he adds.

Mining may be an unavoidably dirty business, but Knight Piésold is cleaning it up in more ways than one.