The quarter to March 2022 saw a reduced level of activity in the markets compared to the previous year, following a record year in 2021 across LSE markets since 2007. During 2021, there were more than 120 new IPO’s, raising a total of £16.8bn during the year.

The quarter to March 2022 saw a total amount raised through new and further issues of £2.6bn across AIM and the Main Market (Q1 2021: £6.9bn). Last year, the quarter to March 2021 was the most lucrative out of the equivalent periods of the most recent five years prior; in keeping with the success of 2021 as a full calendar year. As such, it is not surprising the equivalent period in 2022 has experienced a significant slowdown in market activity. 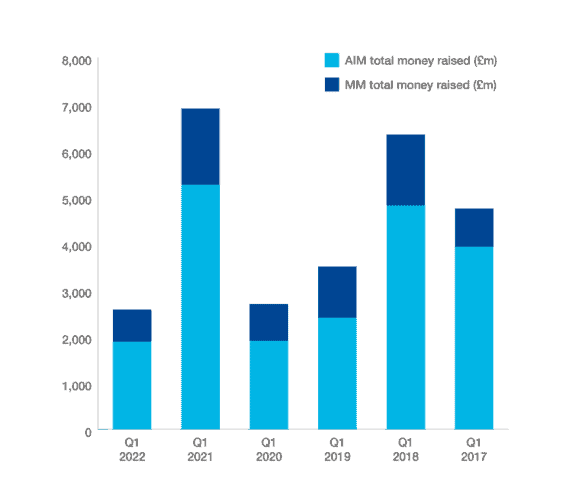 Activity during the quarter to March 2022 was similar to the comparative period in 2020. This was not least due to rising geopolitical tensions and uncertainty across global markets. 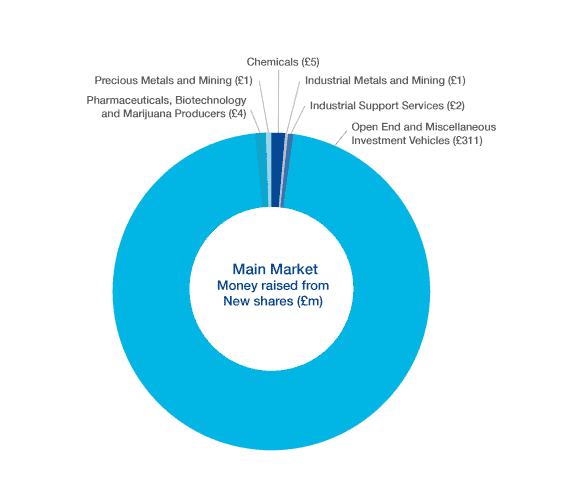 The start of the year saw a particular drive towards investment vehicles or ‘Special Purpose Acquisitions Companies’ (SPACs), as a result of the changes to the Listing Rules effective 3 December 2021, with a transitional period of 18 months for existing applicants and listed shell companies. A key change being an increase to the minimum market capitalisation (MMC) threshold for both the premium and standard listing segments, for shares in ordinary commercial companies from £0.7m to £30m. While raising the MMC is intended to give investors greater trust and clarity about the types of company with shares admitted to different markets, in the short run it has resulted in a number of transactions being advanced, with companies racing to raise capital prior to the effect of the rule changes.

Main market new issues included Ondo InsurTech Plc (formerly Spinnaker Acquisitions Plc) raising £3.4m in March 2022 and becoming the first “insurtech” company on LSE, as well as Graft Polymer (UK) Plc, which successfully raised £5m in January this year to accelerate its growth in sales of polymer modification products and development of drug delivery systems. PKF were delighted to support the aforementioned companies in their successful transactions. PKF also supported Net Zero PLC with its admission to AIM, raising £10.7m in February 2022. Net Zero Plc aims to provide a “positive, scalable, measurable and sustainable impact” on the environment through energy transition, and sustainability in the built environment.

The largest IPO in the quarter, by total amount raised, was New Energy One Acquisition Corporation Plc (NEOA), raising gross proceeds of £175m on IPO, and accounting for around 54% of total new issue money raised on the Main Market in the quarter. NEOA is one of many investment vehicles looking to grasp the opportunity arising from the increasing government support for renewables, awareness of climate crisis following the recent COP26 conference, as well as the increased demand for decarbonisation and alternative energy, driven by the global decarbonisation requirement, as governments target Net Zero globally.

Written by Lauren Haslam in our London office.

What are the errors and failings the FRC wants to see avoided in future corporate reports and accounts?

Capital Quarter: “Could do better”

Changes to going concern disclosures will require more than just a superficial shift, but the transition to a far more transparent mind-set.

Capital Quarter: Show your weak side

The lure of a foreign posting can be considerable. However employers must research carefully the impact of tax and social security on both their companies and employees. 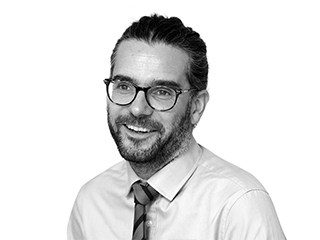