When Premier FX folded four years ago, the FCA began an investigation into the firm’s practices. It has also reviewed its regulation of companies in the sector.

Payment services firm Premier FX Limited collapsed in 2018. As a result, the FCA has recently issued an update on the steps it has taken to improve the regulation of entities authorised for money remittance. The regulator also outlined its compensation arrangements for customers affected by the collapse of Premier FX.

How the drama unfolded

Premier FX was placed into administration on 13 August 2018 by a court application made by the FCA, with two partners at PKF GM appointed as joint administrators. The appointment followed concerns about the safeguarding of client funds and, in particular, claims received from customers in relation to several millions of client funds allegedly held by Premier FX.

PKF GM worked closely with the FCA to conduct a tracing exercise involving over 70 bank accounts and almost 250,000 individual transactions. The investigations uncovered some significant issues:

At the time of its collapse, the activities for which Premier FX was authorised by the FCA did not benefit from FSCS protection. There were limited asset recoveries available in the estate and customers were facing a loss of up to 90% of their original claims.

What are the key points from the FCA?

The FCA has upheld or partially upheld a number of complaints made by customers. These particularly relate to the historic accuracy of the FCA register and matters surrounding authorisation.

But the regulator has also confirmed that it’s taken significant steps to improve internal data capabilities, and also the way market intelligence is handled. This forms part of a wider FCA strategy to improve its use of data. Its aims are that issues can be identified more quickly and remedial action can be taken more effectively.

What’s more, the FCA’s investigations uncovered serious misconduct by the directors of Premier FX and its bankers. As a result, the regulator took enforcement action which recovered sufficient funds to enable customers who lost money to be repaid in full all that they had lost as a result of the collapse of Premier FX.

For more information about issues raised in this article, please contact Peter Hart. 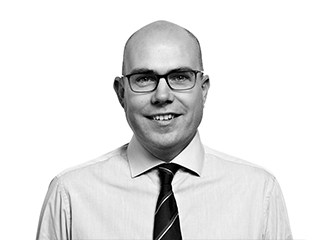