Paying corporation tax used to be a relatively simple process.  After the accounting year end, a company would calculate its corporation tax liability.  On the normal due date, nine months and one day after the year end, it would pay what it owed to HMRC. Fortunately for many smaller companies, this is still the case.

The introduction of a payment on account system for ‘large’ and, more recently, ‘very large’ companies has increased the uncertainty over a company’s settlement of its tax liability. These companies are required to estimate their profit for the year, determine their corporation tax liability and pay before the year end, depending on their classification as ‘large’ or ‘very large’.

Which companies are affected?

A ‘large’ company is one with profits over £1,500,000.  A ‘very large’ company has profits above £20,000,000.  These thresholds are reduced by the number of related 51% group companies plus one (the company itself). This includes overseas companies, but excludes dormant and passive holding companies.

The total number of companies in a group means all companies that were part of the group at any point during the year. This adds complexity to groups making acquisitions or disposals in the year or where there has been a corporate restructuring. The threshold is further reduced for a short accounting period.

When are payments due?

Effect of the quarterly payments

So it’s critical that each company’s profit is accurately forecast and updated as the year progresses. Otherwise it cannot recalculate its tax liability and amend the quarterly payment plan. Fortunately, the first year that a company becomes ‘large’ is ignored for quarterly instalment payment purposes.  But this does not apply to companies that become ‘very large’ in the year. For companies which are borderline ‘very large’, it’s vital to keep an eye on the expected profits. This is because of the earlier quarterly payment’s deadline and to minimise interest arising on any late payments.

HMRC will pay interest on overpaid corporation tax and charge interest on underpaid or late paid tax. There are penalties for deliberate underpayment of instalments. But HMRC also acknowledges the uncertainty about the quarterly payments. It therefore treats any interest paid or received as a normal trading expense or income of the company, which is therefore taxed accordingly.

Benefits for groups of companies

Generally, every company is responsible for its own tax filings and payments. But there’s some relief where companies can enter into a group payment arrangement (GPA) with HMRC. This is a much easier and more flexible way of dealing with tax payments for a group. The GPA is a legal agreement with HMRC and must be filed with them at least one month before the first quarterly instalment period.

Under the GPA, payment is made by a nominated company in the group. After the year end this amount will be allocated to the various group companies to settle their tax liabilities. It’s important to keep this agreement up to date, as only companies that are party to it can benefit from the simplified tax treatment.

Recently, HMRC’s slowness in refunding overpaid corporation tax has created cash flow problems for some companies and it’s crucial that care is taken over the estimation of a company’s corporation tax liability. We hope HMRC will resolve this unfortunate practice as people return to a pre-pandemic reality.

Theoretically, where a company has overpaid its tax, it may request a refund at any time.  If this occurs before the corporation tax liability is finalised, any tax paid before the normal due date can be repaid without a formal claim being submitted.

In cases where the normal due date has passed and the company is seeking a repayment before its tax liability has been finalised, it must make a formal claim for a repayment.  There are similar rules for companies within the quarterly instalment regime.

If you would like further information about the issues raised in this article, please Howard Jones

Although firms’ compliance with the CASS 5 client money rules is improving, the FCA has started to look at specific areas of the CASS rules in more detail. So what should you look out for?

The FCA has published its consultation paper on improving the Appointed Representatives (ARs) regime. What should you expect? 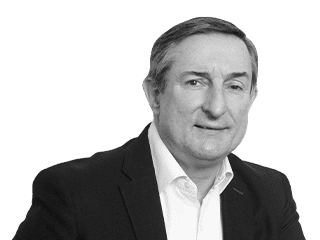