Loans by a company to either its shareholders or its employees (including directors) can have tax consequences. We explain what to look out for.

Often referred to as ‘director’s loan accounts’, the rules make sense in principle. If loans to directors or employees are not subject to tax in some form, a company could habitually transfer profits into their hands without suffering the same tax charges as if paid as a dividend or salary.

Suppose you are a shareholder in a UK company that is a close company (one controlled by five or fewer shareholders, or controlled by any number of director-shareholders), and you take out a loan from your company in a given accounting period. Unless you repay that loan within nine months of the end of the period, your company will generally have to pay tax on the outstanding loan amount.

This tax charge is commonly known as a section 455 (s.455) and is calculated on the amount outstanding at the end of the period, minus any repayments you’ve made within the following nine months.

The current rate of s.455 tax is 32.5%, which you might recognise as being the higher rate of tax on dividends. This is no coincidence. The point of the tax charge is to effectively tax the loan as though it were a dividend. The higher dividend rate is set to increase to 33.75% from 6 April 2022, and the s.455 tax rate will increase with it.

Your loan may not be subject to s.455 tax if you are also a director or employee who fulfils certain criteria. You must work full-time for your company, not own more than 5% of the shares in your company, and not owe more than £15,000 in total from your company (or any companies associated with it) at the end of the period.

The s.455 tax is treated as if it were corporation tax for the period in which the loan was made. That means it’s due at the same time as normal corporation tax. But s.455 is a temporary tax – it becomes repayable once the loan is repaid or written off. The company can only claim the repayment once nine months and a day have passed from the end of the period of the repayment or write-off.

Note that if you choose to write off the loan in the company’s books, rather than repay it, your company won’t get a corporation tax deduction for the loan write-off.

Over the years, many people have tried to bypass the s.455 charge by applying a range of cunning schemes or unusual transactions. Examples include repaying the loan immediately before the nine-month deadline and then lending the money back, making loans to unconnected parties who then loan the money to the individual, or even ‘swapping’ loans with another company owned by a friend.

As a result the government has frequently updated the rules to tackle such arrangements. It’s probably fair to say that if you’ve thought of a way to get money into your hands from your company without receiving a dividend or s.455 loan, the legislation blocks it!

You probably wouldn’t think about charging much (if any) interest on a loan you’ve taken out from your company. But a ‘cheap loan’ made above a certain amount (one where the interest charged is less than HMRC’s official rate – currently 2%), will give rise to a taxable benefit on you personally.

The taxable amount equates to the undercharged interest. If you’re just a shareholder it’s taxed on you as though it were a dividend. But if you’re also a director or employee it’s taxed on you like a normal benefit in kind.

Some loans are exempt from these rules. They include:

If you choose to write off the loan, rather than repay it, the amount written off is taxed on you as though it were a dividend. So you’ll pay income tax on it at 7.5%, 32.5% or 38.1%, depending on your marginal rate.

If you’re also a director or employee make sure, when you write off the loan, that it is treated as being made in your capacity as a shareholder, not as a director or employee. Otherwise, HMRC may tax you on the write-off, as if it were employment income. And this attracts both higher rates of income tax than dividends do, and NICs. To avoid this situation we recommend that, during shareholders’ meetings, you discuss the write-off with them, and get their approval and properly document that you have done so.

Tax Talk: Making a Will as a Muslim 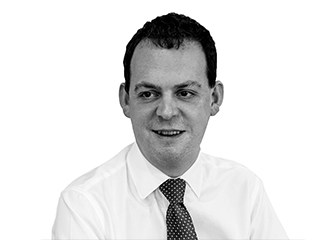