Take charge of your tax affairs

People who own a company and work for themselves often ask what’s the most tax-efficient way to take funds out of the business on a day-to-day basis. For many years, this has come down to a straightforward choice between salaries and dividends – with dividends a clear winner for most people.

However, with changes to the tax on dividends in recent years, the choice became more complicated. For some people, the best choice may even vary from year to year. PKF is here to guide you through your options in the light of these changes, so you’re aware of all the opportunities and ready to make the right choices in future.

Salaries or dividends – it’s your decision

Income Tax rates on both salaries and dividends have been stable in recent years. The general preference for dividends over salary has come about largely because the rate of Corporation Tax has fallen more rapidly than the increases in National Insurance rates in recent years.

Generally speaking it’s how National Insurance and Corporation Tax rates balance out that will determine year by year whether salaries or dividends are more efficient. However, this might well give different results in two consecutive years.

Many company owners have also chosen to make further significant savings, by remunerating some or all employees by way of dividends, in addition to or by replacing salaries. The changes in recent years have made exotic share structures that enable such arrangements less attractive for employers.

What are the changes?

Since 6 April 2016, dividends are no longer received with a notional tax credit of 10%. Under the historic rules, a cash dividend of £90 was treated as a gross amount of £100 with Income Tax having been paid of £10.

Since 6 April 2016, the notional tax credit no longer exists, and the rates of tax applied to dividends have changed to 7.5%, 32.5% and 38.1% of the amount actually received. This can make dividends more expensive in tax terms, as you can see in the following comparison:

Tax payable on a £100 cash dividend

Since 6 April 2016, whatever your level of income, the amount of tax you pay on a dividend of £100 increases by £7.50. To compensate the increase in tax all taxpayers receive an annual dividend exemption, however, since 6 April 2018 this has reduced from £5,000 to £2,000 per year. Therefore, the first £2,000 of dividends received during a tax year are exempt from tax. This could maintain, or actually increase, the tax efficiency of low value dividends for some people.

Whilst it’s true that most company owners expected to be paying more tax than they were, there are tax efficient ways to handle all these changes from recent years.

Most importantly, you’ll need to stay on top of all the options. Dividends are less of an easy choice than they were historically – but just because the gap in tax efficiency between the two options has closed, that doesn’t mean dividends will necessarily be a less tax efficient choice than a salary. And remember, a choice that makes sense in one year may not be the best in the following year.

Here are some options that could still help you manage tax wisely:

We can help you understand the changes from recent years and how they affect your company.

Please contact us today and talk to one of our expert team to make sure you understand all the options and are ready to choose one that’s beneficial for you.
Media Contact
Posted In: Articles 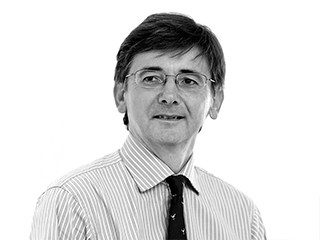