While the Brexit Withdrawal Agreement aims to protect rights and maintain the old social security rules, individuals can still get caught and further changes to the UK’s agreements with EU and EEA countries are still possible.

Social security is independent of tax and has different rules and regulations. It is usually only payable in one country at a time. For globally mobile individuals, there is a network of agreements ensuring social security is not paid in two countries at once (voluntary contributions excepted).

The rules are complex and social security agreements with EU countries are driven by EU legislation. When the UK left the EU, the Withdrawal Agreement preserved the existing arrangements (subject to certain criteria) but it also highlighted that the various country authorities would be reviewing their agreements and seeking alternatives.

Historically, employers could move their staff within the EU or EEA for a fixed period of time under a secondment agreement (usually two years) with no impact on their social security status as long as they applied for a Certificate A1 or E101. Companies could apply for an extension to the secondment of up to five years under Article 16 of the EU regulations.

For people who travelled internationally and spent at least 25% of their time working in their home country, it was possible to apply for a Multi State Certificate of Coverage, keeping them in their home social security scheme whilst working in other countries.

Impact of the Withdrawal Agreement

The Withdrawal Agreement protects the social security coordination rights of those in its scope, and qualifying individuals remain covered by bilateral or multilateral agreements.
The old rules still apply to individuals posted to or from the EU before 31 December 2020, and an extension of up to five years applied for after that date. However, for people posted after 1 January 2021, there is no provision made in the Social Security Coordination Protocol for extending certificates beyond two years.

The Protocol does protect an individual’s access to healthcare when working outside their home country and it also follows the earlier mentioned principle that social security should only be payable in one country at a time.

HMRC indicated that after Brexit mobility between the UK and Switzerland, Iceland and Norway would be governed by the terms of existing bilateral agreements. As there was no agreement between the UK and Liechtenstein, it became a ‘non-agreement’ country for the UK, and UK domestic rules would apply going forward (including, where appropriate, 52-weeks continuing liability to or exemption from home country contributions).

The Withdrawal Agreement and Protocol are largely facilitating what they were put in place to do. However, there have been issues around extensions of the A1 (now re-named PDA1) and E101 certificates beyond the initial two-year period.

Recently, as a matter of policy, the French authorities were not agreeing to any applications made under the Withdrawal Agreement to extend certificates of coverage beyond 30 June 2021. After talks between the French and UK authorities, the French have agreed that where individuals who have been UK insured whilst working in France, but have a pending application to HMRC for an Article 16 exception to extend their expired PDA1, should continue to pay UK National Insurance. This is pending further advice from HMRC and the French social security authorities.

On 9 September 2021, the UK and Switzerland signed a Convention on social security coordination supporting business and trade by ensuring that cross-border workers and their employers would only be liable to pay social security contributions in one state at a time.

Pending entry into force, the new UK/Swiss Convention on Social Security Coordination provisionally came into force on 1 November 2021. The agreement benefits citizens who live and work abroad in either country by giving access to healthcare using a European Health Insurance Card (EHIC) or its UK successor, the Global Health Insurance Card (GHIC) as well as providing eligibility to state pensions and other social security entitlements.

The impact of Covid travel restrictions

HMRC has also recognised the impact of the Pandemic on global mobility. In deciding whether UK National Insurance contributions should be paid, it has said it will take into account the circumstances of individuals who normally work in the UK or the EU and have temporarily changed their work location because of Covid travel restrictions.

Individuals should apply for a certificate and include details of the Covid restrictions affecting them in their application. HMRC will continue to apply its current approach to social security coordination with the EU for Covid-19 purposes until 30 June 2022.

No doubt there will be further changes. The UK government continues to work with the EU to establish practical, reciprocal provisions on social security coordination which includes preventing paying social security in two countries at once. In the meantime, the best approach is to seek advice.

HMRC is using of ‘nudge letters’ to prompt taxpayers to check whether their UK tax affairs are in order and to encourage self-correction.

Ask a VAT expert for a double-check your thinking around VAT group changes / accounting before acting.

The ins and outs of VAT groups

Although the UK may have entered the phase of ‘living with Covid’, companies can still take advantage of Corporation Tax measures introduced during the pandemic to help ease cash-flow.

Welcome to the April 2022 edition of Tax Talk, our monthly publication that help to simplify the complexities of tax. 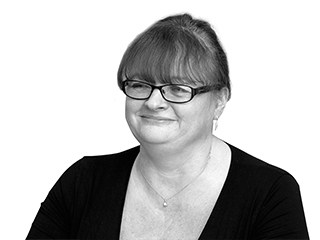