Insurer Update: Audit and corporate governance reforms – how far will they go?

In May, the Government published its response to its Restoring trust in audit and corporate governance white paper consultation. What are the changes and how might you be affected?

The aim of this white paper, produced in March 2021, was to restore public trust in the way the UK’s largest companies are run and scrutinised. Following a consultation period with over 600 responses from interested stakeholders, the Government has taken the next step. The feedback was wide ranging, covering areas from what constitutes a public interest entity (PIE) through to proposals to increase competition and resilience in the audit market.

Most respondents recognised the need for reform, but many also expressed concern about the breadth of the proposed reforms. Would companies, professional services firms and regulators be able to implement them adequately in order to have the desired effect?

Having taken account of these concerns, the Government’s proposal is two-fold. Firstly, it has narrowed the focus so that only the most pressing reforms are required. This will reduce their cost and complexity. Secondly, there is no fixed timetable set out in the Government’s response. Instead, it lists a series of actions to be taken.

ARGA and the FRC

Critical to the success of the proposals, and the first priority to be actioned, is the establishment of a new regulatory body – the Audit, Reporting and Governance Authority (ARGA). ARGA will have broader powers and responsibilities than the FRC currently has. These will include oversight of both the accounting and actuarial professions.

But the Government will only grant these extra powers and responsibilities when it is confident ARGA has the capability and resources to act on them. As a sign of things to come, the FRC itself announced, in August, that from 5 December this year all audit firms and responsible individuals who undertake statutory audit work for PIEs must be separately registered with the FRC.

How has the definition of a PIE changed?

The definition of a PIE has been expanded in line with the preference for large private companies to be subject to similar reporting and governance requirements as existing PIEs. These existing PIE’s include, for example, listed entities, banks and insurers. The original expansion was cautious, to ensure the audit profession had the ability to deliver more audits in line with PIE reporting standards. It is now expected that private companies with more than 750 employees and a turnover above £750m will be included (the 750:750 test). But most public authorities and Lloyd’s syndicates will remain outside of the PIE scope, regardless of the 750:750 test. In addition, it is expected that certain smaller entities currently classified as PIEs will eventually be descoped.

As well as the introduction of stronger internal controls and related director accountability, the most significant change is perhaps the package of measures designed to increase choice and improve resilience in the audit market.

Principal among these is the managed shared audit regime. This aims to give challenger audit firms the opportunity to audit a meaningful proportion of subsidiaries of FTSE350 companies. The white paper defined ‘meaningful proportion’ with reference to one or more of the total audit fee, group revenues, profits and assets of the company, with the challenger’s proportion as no less than 10% of these criteria and preferably nearer 30%. But the Government says the exact definition should be left to ARGA, to keep the proposals flexible.

Like much in the Government’s response, it remains to be seen how far the reforms will actually go. Will they lead to genuine, long-lasting change in audit and corporate governance? We at PKF, along with other audit firms and affected companies, will be watching with interest.

For more information on the reforms, please contact James Randall.

We are getting accustomed to the challenges of Brexit, but what are the key issues when expanding your business further afield?

Insurer Update: Global mobility beyond the EU – how to prepare

July’s Finance Bill included details of the proposed ‘multinational top-up tax’. What exactly is it, who will it affect and what will UK insurers need to do?

As it becomes more and more key for stakeholders, we look at how insurers have developed their climate change reporting in the past 12 months. Given this, what should mid-sized insurers be thinking about for their upcoming year end in this area?

There have been no major accounting standard changes or amendments for accounting periods beginning in 2022. But that doesn’t mean the 2022-year end will be without its challenges.

In just over three months, on 1 January 2023, the new international accounting standard, IFRS 17 Insurance Contracts, will come into effect and change the financial reporting of insurance companies. We explain how this will impact our clients.

Insurer Update: IFRS 17 Insurance Contracts – the major implications for you 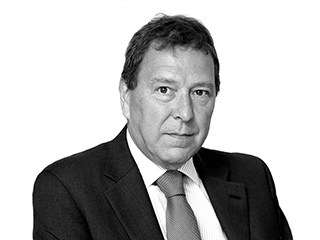