Although firms’ compliance with the CASS 5 client money rules is improving, the FCA has started to look at specific areas of the CASS rules in more detail. So what should you look out for? Paul Goldwin explains.

PKF’s Insurance Intermediary team recently held their bi-annual meeting with the FCA to share experiences and issues identified during the CASS 5 client money audit season. They discussed several important topics that are clearly on the FCA’s mind.

ARs are back in focus following the FCA’s December issuing of CP 21/34 ‘Improving the Appointed Representative regime’ (which followed on from the Thematic Review of 2016). The FCA is seeing a wide range of harm caused by poor due diligence procedures before appointing an AR, and inadequate oversight and control post appointment. The FCA says firms acting as principals to ARs generate 50 to 400% more complaints and supervisory cases than directly authorised firms.

The FCA is concerned this could extend to client money practices and were keen to hear our views on how our firms protect client money arising from the AR relationship. And, in particular, if there was greater use of periodic rather than immediate segregation, and whether this had been applied correctly. It’s clear the focus will remain on this, particularly for those firms with many ARs.

The FCA was interested in whether we were seeing more credit write backs (CWBs) in the market, and whether firms were becoming more lax about the steps needed before effecting a credit write back. It is concerned some firms were unrealistically quick to release unclaimed credits – with instances not exceeding 24 months.

The regulator accepts there will be insurance balances in firm’s ledgers which are historic, unclaimed and statute barred. But it still expects firms to have gone through due process, in accordance with its own rules, to identify the recipient of these funds. And firms must only release the funds after enough time has elapsed and the board of directors, having taken professional advice, are satisfied they have no option but to effect the CWB.

It’s clear the FCA believes firms should never hold ‘buffers’ in their client money calculations (CMCs), as this leads to a ‘pollution of the trust’. It’s a popular misconception that it’s OK to leave a ‘charges’ buffer in the CMC to mop up bank or other administrative charges that firms may face. The regulator is clear that firms should instruct banks or other suppliers to make any charges to their office, rather than to their client money bank accounts. It expects client money auditors to breach in instances where charges or fees are debited to the client money bank account and absorbed via a buffer.

Similarly, the FCA clarified its position on the receipt of commission or fee-only transactions which are not received as part of a mixed remittance. The regulator expects firms to have procedures that monitor and identify the receipt of such transactions. They must then transfer these to the office account by close of play on the date of receipt and not, as popularly thought, within the next CMC withdrawal.

As for buffers, leaving the commission-only receipt in the client money bank accounts leads to ‘pollution of the trust’. This could invalidate the status of the trust in an insolvency event, and leave client money unprotected.

We discussed another area of controversy, the treatment of third party or introducer ‘pay away’ commission.

It’s a common misconception among firms that a third party can effectively be treated as an ‘insurer’, and that any commission payments to third party introducers can be paid out of the client money bank account.

The FCA confirmed our longstanding view that this is incorrect and would result in a CASS breach. The regulator stressed that the gross commission, including the element belonging to the third party, should be withdrawn from the client money bank account as part of the CMC withdrawal into the office account. The third party is then paid from the office account.

The FCA welcomes the introduction of the private equity backed ‘consolidator’ in the insurance intermediary market.

The FCA believes consolidators are keen to have the right processes and procedures in place around client money. They are doing this by investing in systems, people and training and are happy to pay for professional advice to support this objective. This could mean the removal of many smaller firms from the market, who may have been less aware and concerned about client money rules. The result should be better client money protection.

The FCA is aware that, as consolidators acquire firms, there’s often a move to transfer books of business from the acquired entity into the principal intermediary in the group. This is to take advantage of cost synergies, and so on. But, in doing so, there’s a risk that client money may be moved around in a way that contravenes the rules and could potentially lead to bad consumer outcomes.

The FCA has stressed that firms must have the correct systems and governance framework to obtain consent from clients to move from one client money regime to another. This particularly applies where the new regime provides greater potential risk to clients, such as in the run-off of a statutory trust and transition to a non-statutory trust environment. In these cases, the FCA requires firms to obtain written consent from at least 85% of clients before applying for a waiver to effect the transfer.

Similarly, for the acquired firms, the FCA requires them to obtain the CASS auditor’s ‘negative assurance’ sign off before transfer of all insurance business. The auditor must be satisfied that the client money bank accounts have been properly run-off, and that no client money remains, before they can approve the revocation of their client money permissions.

Even with these measures, the FCA will still be checking that transactions have been effected correctly and with no poor client money outcomes.

Many of our clients make good use of the CASS Risks and Controls matrix to document the client money rules and set out the controls that they have in place to ensure compliance with the relevant rules.

As the CASS 5 rules do not make the Risks and Controls matrix compulsory, we do see a number of firms choosing not to adopt it.

The FCA has clarified its position, saying that although the matrix is not part of the CASS rulebook, it considers that firms who do not use it fall foul of the ‘client money organisational arrangements’ under its Principles for Business. It therefore expects us as auditors to breach firms on this basis.

All in all, client money compliance has certainly not dropped off the regulator’s radar. We can now expect the FCA to adopt a more targeted approach in its supervision of firms’ compliance with client money rules.

Please contact the PKF Insurance Intermediary team if you wish to discuss CASS 5 compliance generally, or any of the more specific topics outlined above.

The FCA has published its consultation paper on improving the Appointed Representatives (ARs) regime. What should you expect? 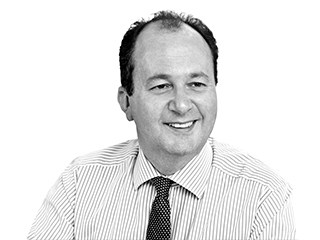