The FCA has published its consultation paper (CP21/34) on improving the Appointed Representatives (ARs) regime. It has identified an increased risk of harm to consumers and markets, as a result of the expansion and complexity of AR models in financial service markets. These include insurance distribution. What should you expect?

In 2021, the FCA recorded 40,000 ARs (including Introducer ARs) operating under roughly 3,600 principal firms in financial services markets. The general insurance and protection sector includes around 13,500 of these ARs, with just over half of all principals having a single AR.

The AR regime allows a firm or person to conduct defined regulated activities and act as an agent on behalf of an authorised firm (the ‘principal’). This means insurers and intermediaries can distribute products and services through their ARs. But, more recently, principals have increasingly used the regime in different ways. For example, they have established business models that rely solely on the appointment of a material AR that outsizes the principal firm. And they have developed broad distribution networks, with a large number of ARs operating on behalf of a principal and aligned to a common objective, market or product range.

Recent FCA and HM Treasury reviews and enforcement actions have highlighted that consumer harm often occurs where principals don’t conduct sufficient due diligence before appointing an AR. It can also result from inadequate oversight, monitoring or control once an AR is appointed.  PKF referred to the consequences of these weaknesses in our Lessons from Alsford Page and Gems’ article – The risk of outsourcing – PKF Littlejohn (pkf-l.com).

CP21/34 outlines the FCA’s key proposals to enhance the AR regime across relevant sectors. The initial proposals require principals to provide additional and more timely information on their ARs and how they are overseen. They would also need to provide clarity and increase the responsibilities of, and expectations from, principal firms engaging and overseeing the regulatory operations of ARs.

The consultation closes on 3 March 2022, with finalised guidance and requirements set to be released later this year.

Pros and cons of the existing regime

So the FCA is concerned that the current AR regime is not operating well in all cases. But it does acknowledge the potential benefits of the regime and its business models for all parties. These are:

The realisation and demonstration of these benefits depend on the effectiveness and robustness of the oversight, monitoring and controls at each principal. The FCA has found that these benefits can be eroded, and the risk of harm increased, if principals are unclear about their regulatory responsibilities for their ARs or if there is insufficient oversight and inadequate controls over the regulated activities undertaken by the ARs – for which the principal has accepted responsibility.

The FCA’s thematic reviews of the general insurance sector in 2016 noted a lack of clarity in roles and principal oversight. The regulator took steps to address issues at individual firms, including enforcement actions. It also produced a number of Dear CEO letters.

Working with the intermediary sector, PKF has observed these common pitfalls:

Although there are examples of good oversight and proactive management and monitoring of ARs, many principals have not considered the management and oversight of ARs using established control frameworks or activities at the principal. There has been a tendency to rely on informal relationships between ARs and principals.

Considering the benefits and potential to cause harm with the existing AR regime, the FCA has proposed two main areas of policy change. These aim to improve consumer outcomes and align to its updated Consumer Duty, which is also under consultation:

The FCA is also seeking the market’s views on the risks from regulatory hosting arrangements (where FCA principals support multiple ARs in conducting regulated activities as their prime operating model), and business models where ARs are large in size relative to the principal. It also asks for views on whether prudential standards should be strengthened to reflect the risk of harm posed to consumers and markets.

The following table summarises the FCA proposals, the intended outcomes and implications for firms, and the potential assurance needs.

We expect some challenges for firms in implementing these proposals, particularly those to enhance complaints and revenue information currently provided by ARs. Principals are reliant on the systems and processes in situ at ARs to capture, encode and collate this information consistently, robustly and in a timely manner. It is likely the systems vary significantly between ARs, reflecting their size and maturity. This means inconsistent recording or categorisation of revenue types. Similarly, there may be operational and system challenges in categorising or analysing data that enables principals and ARs to agree accurate complaints information. The proposals may require greater levels of communication and interaction between principals and ARs, clearer roles and responsibilities, and more time commitment to achieve this.

The proposals remain under consultation until 3 March. But the concerns raised by the FCA echo those made through previous thematic reviews and Dear CEO letters, as well as PKF’s own observations. The emphasis on data collection and submission in the consultation paper is consistent with the FCA’s drive  to be a more data-focussed regulator. It also chimes with approaches outlined in other consultations launched through 2021 and 2022. We expect most of proposals to be finalised with no, or minor, changes in their wording. Firms will need to identify and assess the risks posed by their ARs and their approach to control, monitoring and oversight.

Completion of the consultation and subsequent finalisation of guidance may make some principals and ARs reconsider their business models and relationships in light of any increased regulatory burden. It may also encourage greater investment in systems and processes to collect and report on data at ARs.

Although firms’ compliance with the CASS 5 client money rules is improving, the FCA has started to look at specific areas of the CASS rules in more detail. So what should you look out for? 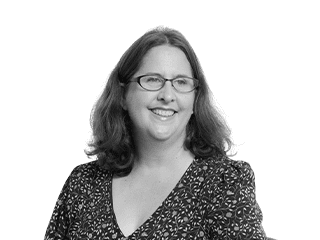 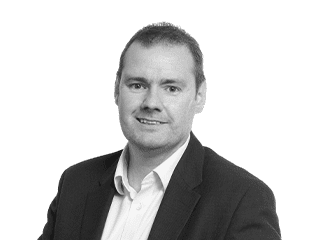