We’re not just creating something that we feel we can sell. If we can produce the very best quality products that are exactly as per patient requirements, the revenues will come.” 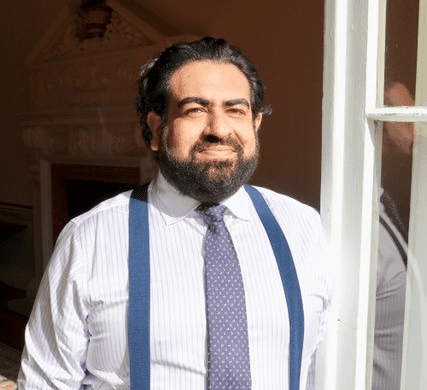 A catch-up with… Davinder Rai

Davinder Rai is proud to have built his business backwards. He started the Medical Cannabis cultivation and distribution company, Hellenic Dynamics by talking to patients, identifying what Medical Cannabis products were in demand working from there to establish what specific strains of cannabis to cultivate and what legislative requirements were needed to do so. He is now continuing this successful, backwards approach by reversing into a Cash shell on the LSE. The listing, which is imminent, will make Hellenic Dynamics the first and only pure play cannabis cultivator on the London market and in Europe.

“Lots of companies enter the cannabis market with revenues and cash at the forefront. We’ve done it slightly differently. We spent well over a year speaking to patients, doctors, pharmacists and lawyers, to find out what patients wanted and what was possible across different European jurisdictions, and then we worked backwards from there. We’re not just creating something that we feel we can sell. If we can produce the very best quality products that are exactly as per patient requirements, the revenues will come. We’re putting patients first and so far that approach has worked.”

Founded in 2018, Hellenic Dynamics is a licensed cultivator and supplier of finished pharmaceutical standard medical cannabis products operating from a dedicated 200,000sq m facility in Northern Greece. The company is specifically involved in the cultivation, production and export of tetrahydrocannabinol (“THC”) dominant strains of dried medical cannabis flowers and flower extracts to the growing medical cannabis markets across Europe.

“What makes our offering unique is that we have a THC cultivation license.”

“What makes our offering unique is that we have a THC cultivation license, of which there are very, very few in Europe, even fewer that allow export,” says Davinder. “We’re working with the Greek government on cultivating, running efficacy trials and eventually registering specific strains of cannabis that have a distinct content of THC, Cannabidiol (CBD) and other cannabinoid elements that target particular conditions, with a focus on chronic pain. Registering specifically developed strains in Greece gives us Europe-wide intellectual property protection, so no other company can grow that strain. Nobody else is really looking at this at the moment and I think it gives us a genuinely unique selling point.”

Davinder selected Greece not only because it was issuing medical cannabis licenses for cultivation, but because it was one of only a small number of countries that ticked all the legislative boxes, in particular  complying with the 1961 United Nations Single Convention on Narcotic Drugs. Furthermore, Greece provided us with one of the lowest costs of cultivation in Europe.

“We knew that wherever we were going to cultivate our Medical Cannabis there had to be really good access to wider Europe as well as a low cost of production,” explains Davinder. “It’s an incredibly expensive product to grow – it takes a lot of electricity and manpower. It’s also a temperamental plant, so to produce it at pharmaceutical quality requires an additional layer of personnel and quality control.”

Critically, the location needed to have exceptional levels of security, too. “We stumbled upon an ex-UN military facility in Northern Greece which had secure overground bunkers with metre-thick walls and was only 40 minutes from the nearest airport, with daily flights to all of the places where we want to sell our products. We picked the facility and then applied for the license. I think there’s something poetic about growing medical cannabis for treating pain in an old UN bunker,” he adds.

Like many people who enter the cannabis industry, Davinder became interested because of a family experience. “In 2015 my father was diagnosed with cancer and put on some nasty pain opioids which affected his appetite,” he explains. “This spurred me to look at alternatives. Once I started looking at the area, I realised there was far more to it than I had thought.” He spent a year travelling around Europe to every country that had a legal medical cannabis market, speaking to patients who had had access to medical cannabis: “It was a real eye-opener,” he says. “This product has been in prohibition for 80 years and has a huge stigma attached to it, but once you see it working, it’s incredible.” But he believes attitudes to cannabis are changing rapidly.

“If I was asked what cannabis was ten years ago, I would have said that it was a drug. Now people think about it as a medicine – it’s spoken about on the morning radio, on TV and written about in national newspapers as a pharmaceutical product. It’s funny how quickly attitudes have changed to something that has followed human beings for the last 3000 years,” he says. “There’s a good reason why Henry VIII passed Acts of Parliament stipulating that one quarter of farmers’ land had to be used for hemp cultivation – it has so many different uses! It’s great to be at the precipice of turning something that was considered illicit into something that can help children with epilepsy, or people suffering with cancer. It’s really exciting,” he adds.

According to Davinder, getting acceptance from patients, the medical profession, and regulating authorities is key to the development and growth of the industry. “I was shocked to discover that the UK is, per capita, the largest prescriber of opioid medicines in the world. Yet a recent study showed that 90 percent of patients on opioid-based pain medication said it didn’t work for them, and out of the 1.4 million people using opioid pain medication every day, half a million have issues with abuse or addiction. We need to get away from this medication,” he says.

In the USA, States that allow medical cannabis, opioid prescriptions have fallen by up to 30 percent.  “The UK government really needs to support this,” says Davinder. “Since medical cannabis was legalised in the UK, only three patients have been able to access it via the NHS, however many thousands now access Medical Cannabis via private prescription.”

“After all, we are a company growing cannabis with a high THC content and then distributing it around Europe!

However, Davinder believes the government is taking the right approach. “They’re backing a research programme to prove that it works before they adopt it, and I think that we’re very, very close to that moment.” Project 2021, a UK-based research trial into medical cannabis, will publish its results in Spring 2022. “I believe that the results will show that medical cannabis is a far better alternative to opioid pain medication and I think that the NHS will get behind it, not just because it’s helping patients, but because it will save the NHS an absolute fortune,” he predicts.

In March, 2020, Hellenic Dynamics started the process of reversing into a Cash shell.  “We were looking for a shell company to reverse into for a number of reasons,” explains Davinder. “The route to listing would be faster; shell companies already have cash within them; and we wanted to avoid a long-winded roadshow.”

The company initially had no plans to list in the UK at all, but the LSE passed a ruling last year that opened the door to listing cannabis companies. Although a string of listings followed this change, there has not been a pure-play cultivator listing in Europe, yet.

“The FCA is rightly cautious,” says Davinder. “After all, we are a company growing cannabis with a high THC content and then distributing it around Europe! Being the first cultivator on the LSE is quite something, but there’s an awful lot of paperwork: we have to prove, belt and braces, that everything we’re doing is licensed, legal, and that all the checks and balances are in place. I’m spending a considerable amount of time with lawyers,” he says. By listing in the UK, any activity undertaken in Greece has to also be legal, not only in the UK, but in the various territories where the company operates as well. “I think the fact that we built our business backwards, by focussing on patients’ needs and looking at what was possible, rather than just starting to grow cannabis, has paid dividends,” says Davinder. “We are carving our own path through this process, but we are pretty far down the road.”

The market potential for medical cannabis is huge. A number of papers suggest that the European market will be twice that of North America. In Germany, patient numbers are doubling annually and across Europe, the market is expected to increase in value from around £1-2 billion today, to £37 billion by 2027 based on current adoption rates. “In my opinion, the UK will be a huge market by next year and grow rapidly,” says Davinder.

However, this rapid growth will create some real challenges for the industry. “There is a lack of experienced people coming through,” explains Davinder. “Being first, we’ve been incredibly lucky to be able to cherry-pick a strong team and partners, but as the sector evolves, finding experienced people is going to be increasingly difficult and gaining expertise is likely to have to happen on the job.  There’s going to be an incredible shortage of people such as geneticists, chemical engineers and agronomists with skills in the market,” he predicts.

Davinder is very optimistic about the future and looking forward to completing the RTO. Notwithstanding the difficulties, he welcomes the LSE’s and FCA’s approach. He says: “I think the LSE wants cannabis companies to be on the exchange.  I also think that, quite rightly, they are picking the right companies to come onto the market with the correct valuations. Understandably, the LSE doesn’t want to see a boom, as happened in the USA, where companies are listed at ridiculous valuations based on hype, but with very little substance.” He foresees that, by following this cautious approach, the London markets will become the cannabis hub of Europe.